ORION – the centre of the galaxy and the future of SafeLine

With the launch of ORION, a long journey is nearing its end. As the platform take shape and the results become more reliable, more customers are invited to take part of the galaxy – fully offering the first step on the way towards independent monitoring for lifts. But what has the journey looked like so far – and what digital innovations await SafeLine customers? 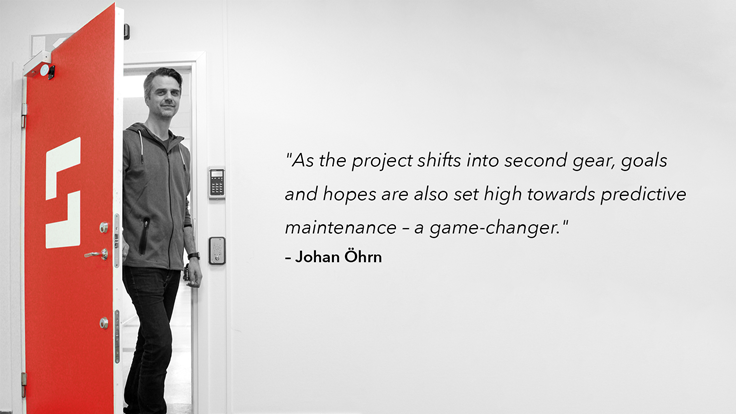 What started out as a brilliant yet simple idea in 2018 – an independent solution for monitoring lifts – would take years and several pilot projects to adjust into what you see today before you. From the get-go, the mission was clear: gather the data from all connected units and let users take advantage of that data – saving resources as well as giving users tools for planning effective maintenance of lifts.

And as all stories in the business of lift technology, it all started with the hardware: SafeLine LYRA. With the help of LYRA – a small box installed on the car roof along with door sensors – any type or brand of lift can become a smart lift feeding information into the lift database. But how do you present the information to the users? This is where SafeLine ORION comes into play – and where the real challenge started.


– The idea behind ORION is quite basic: to present the users with all the available lift data using the LYRA algorithm. But the real challenge came in the next step with how to present it in a way that is understandable for the user. You can have all the information in the world at your disposal, but that doesn’t matter unless you get the information you need – information you can act upon, says Magnus Eriksson, Technical Manager at SafeLine.

This is a problem companies all over the world are struggling with, often with the words “big data” attached to it. No matter how much data you have, you need to be able to present the relevant information in a relevant manner to the user.

For SafeLine, the solution to this challenge became two things: smart notifications and histograms.

When you log in to ORION, you are immediately greeted with a map view of all your units. At the top of the screen, there’s a notification bell letting you know whenever ORION has detected something out of the ordinary – an abnormality. Clicking these will get you deeper within the system, to the facility where the abnormality took place. There, you’ll also able to see a graph of all the lifts movements, going up and down from week to weekend.

With these tools, the mission became to only present the information the users really needed, clearly packaged and explained. Users can then easily see what the algorithm is reacting to – but most importantly why. The more available data – the more reliable warnings and alarms. Letting stakeholders take informed decisions based on relevant information.

With the help of the lift data, ORION would be able to tell users when a lift had been standing still for an abnormal amount of time; given the date, time, and travel frequency. If the alarm is only a false alarm, a real abnormality and not a real active alarm of a lift standing still, the warning will self-heal, and the notification will go away. But if it stays – it’s an active one.

– Roughly speaking, increased time equals increased complexity of data for the ORION algorithm. The longer LYRA is up and running and communicating with ORION, the more accurate the data becomes, as well as the notifications. This is something we’ve seen on many of the pilot projects we’ve had running all over Europe for the last couple of years, says Johan Öhrn, Customer Service Director.

As more alarms self-heal, ORION will become more and more reliable for users as time goes by. For SafeLine, after several pilot projects and with the help of data from over a thousand lifts all over Europe, the fine-tuning of the ORION algorithm is slowly but surely improving – as well as the graphical interface of how to best present this information to users. 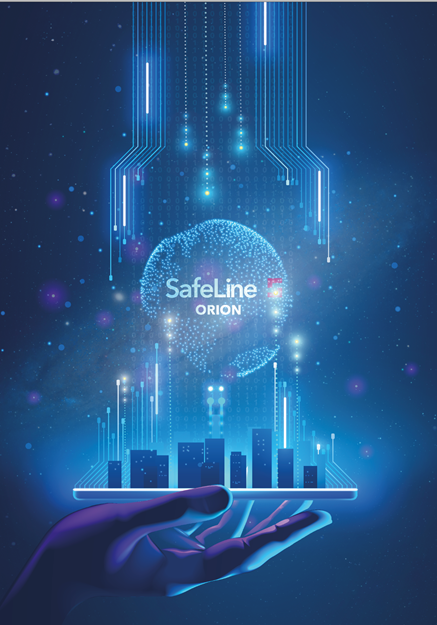 "That’s the future of ORION as we see it"

A long journey nearing its end, the first part anyway, considering it was not that long ago there was no way of knowing whenever a lift broke down until someone made a call about it. Passengers would let the building owner know, and the building owner would alert the lift company – something that was tolerated, with efforts instead focused on quick technical support.

– Even though we still have some ways to go on how we present the information, it’s clearly one of the best solutions right now on the market and something we are very proud of to be presenting, Johan Öhrn continues.


What’s the future plan for ORION from here?

– The plan is to integrate all kinds of SafeLine products into ORION. Right now, we’re working on fully integrating support for lift telephones. But the goal is to offer our full modern range eventually – gathering all products in one galaxy, says Magnus Eriksson.

As the project shifts into second gear, goals and hopes are also set high towards predictive maintenance – a game-changer according to Johan Öhrn.

– Today, you can see when a lift has broken down and why. But we’re setting our aims to the next level. We want to know before the lift breaks down so we can prevent it from ever happening. To tell us when it’s in need of service – a real game-changer. That’s the future of ORION as we see it.

10 things you can expect from your lifetime of SafeLine support 🚀

Yes, it’s true! When embarking on your SafeLine journey with us, you get a lifetime of free technical support included. No matter how many times you call us, we never charge you for any of our support – it’s included with the product. That’s how sure we are of providing a technically superior and reliable product.

The latest news regarding SafeLine ORION, LYNX and 4G VoLTE – all gathered in issue 2 of the SafeLine magazine from your partner in lift safety 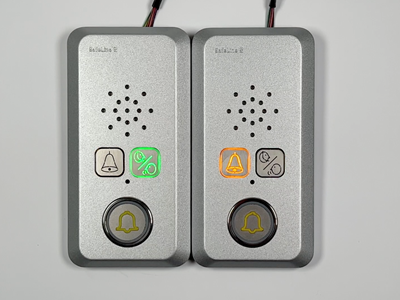 How to troubleshoot when pictograms are flashing💡

Bus communication error or alarm test failure? Here's how to check which is which and how you solve the problem ⬇